Tis Returns to Italy! Day 30: Fun at the Football Game!

One of my favorite pastimes is football/soccer (I use football but call it what you wish!). I love the nonstop action, the intense focus on getting the ball in the net, not an easy task, and a solid 90+ minutes of a hard fought game.

One of the first things I did as soon as the schedule for Serie A, Italy’s top league, was released, I checked to see which cities I was visiting had home games. To my delight, Napoli was playing Sampdoria, a local Genoa team, while I was in town. It was not easy to navigate the process of getting a ticket, with teams requiring membership to one of the clubs for most tickets. After speaking with locals and finally pleading my case directly with the Sampdoria football club, I was able to purchase a ticket.

When I arrived at the stadium, I was initially refused entry as I do not have the official “Green Pass”, Europe’s digital equivalent of our paper CDC card. After pleading my case with a local cop, I was let in. Yes, this event took a lot of pleading on my behalf. 🙂

After finding my section, I went to check out the concession stand. It was very basic, offering chicken nuggets, fries, chips and candy along with soda, water, and beer. It resembled the canteen at sporting events from my local high school days. I bought a beer and headed to my seat ready for the action.

I loved the view but my actual seat left something to be desired. They jam you in there. My 4’11” frame was cramped with my knees banging the front of the seat. People of a reasonable height put their legs over the seat in front of them, if available. Some seats had pigeon poop in them and all were covered with dusty footprints.

None of that mattered to me. I was excited for the game to start! The Napoli fans were locked in one section, as is typical at football games, to reduce the risk of passionate fans getting out of hand. They started cheering and singing before the game started and never stopped. Sampdoria fans would occasionally yell insults at the Napoli fans, but to no effect. Sampdoria played a hard-fought game but were defeated 4-0.

It was so much fun being among such passionate fans. The crappy stadium environment did nothing to dampen their enthusiasm! 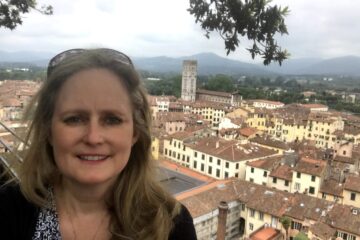 A Tale of Three Cities: My Lucca, Lecco, and Lecce Strategy…

When the world started to open up in May, I jumped at the chance to book a flight to my favorite place: Italy. My original plan of staying 6 weeks for my milestone 2020 birthday Read more… 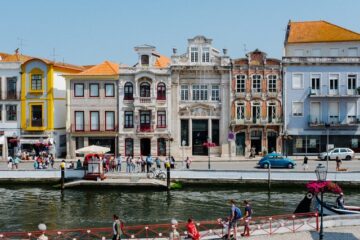 Europe is opening for travel and waiting to welcome you back! European countries tempt travelers to explore their diversity, making the decision of where to start incredibly difficult! I’ve recently written about the charms of Iceland, Greece and Read more…