On Day 87, I spent the day focusing on football distractions.

Day 87… the last full day of my idyllic time in Italy.

Today was my last full day in Italy. I had no interest in trying to cram in any missed spots on my “to see and do list” for Trieste. Instead, I was going to treat it like a normal day to try and make it easier to say goodbye for now.

On any other Sunday in November, at least part of the day would be spent watching football games. Today, there were three football games I wanted to see.  I planned to combine watching those games with some caffè hopping in the afternoon and dinner and drinks in the evening.

There was one caffè in Trieste that I liked because it had a great, old-school vibe. So I headed there after grabbing lunch and sat at a table in the window. The wife works well here so I was able to watch the Manchester City v Everton game on my iPad instead of my cell phone.

An Afternoon Walk From the Hill to the Sea

Before the next game, I had time for a walk, which would usually be part of my typical Sunday. I headed up the hill to enjoy the view from the castle. It was a bit of a grey day but I could still see the city below. It was a beautiful view of this city on the Adriatic Sea. Afterward, I wandered down the hill, all the way down to the sea and out to the lighthouse. This area gave another view back of this city by the sea.

Pulling Against the Local Team

After wandering for a bit in the cool weather, I was ready for my last “un caffè moment”. I picked a good spot, with a nice crowd of locals. They were popping in for a quick espresso prior to the big Inter-Napoli game. I assimilated well, carefully following the “Rules of Engagement”. The locals started chatting with me in Italian about the upcoming game. They were not thrilled to learn I was pulling for Napoli, as most of the locals were Inter fans. Trieste’s team plays in the tier of Italian football so the locals pull for Internazionale, or Inter, which is based in Milan.

After leaving the caffè, I looked for a while until I found a bar that was showing the game. I lied about my allegiance, saying I was pulling for Inter, to make the experience smoother. The locals LOVED that. I grabbed a very tasty prosciutto cotto and asiago cheese sandwich for dinner while watching the game. Unfortunately, that was the best thing about the game as Inter beat Napoli 3-2.

My last game and most anticipated, was between my home team, NYCFC and Atlanta United. It was the first game of the 2021 playoffs and it was expected to be a good game. I found a wine bar with spotty wifi outside of the table that was closest to the router which seemed to be a table no one used as it was cluttered with random things from the restaurant. The owner cleared a spot for me and let me sit so I could see my game. Perfection! 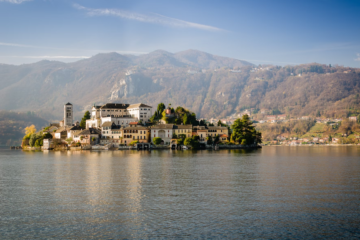 Highlights from Tis Travel’s November Spotlight on Italy: Piedmont We enjoyed sharing the many interesting treasures of Italy’s Piedmont region with you during the month of November. Thanks for your comments, feedback and interest in Read more… 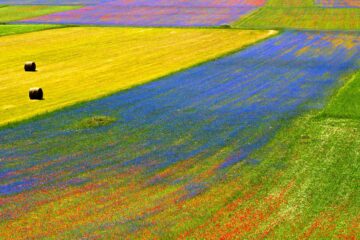